My return to blogging shall be a tentative, bulleted, one.

This album could have been a classic.

Anybody out there remember ATL black-rock legends Follow For Now? Incredible band. I cut my nascent stage-diving teeth at their shows when I was just a little punk kid, sneaking out (or worse, having to have my parents pick me up outside the club).

Their album (above, the only picture I could find) was a little meh, mostly because the dipshit producers mixed Enrique's drums into nothing. Rumors say they actually got some studio-hack to over-dub the beats. Guess they couldn't handle the fire.

Then Chrysalis went belly-up, and FFN were done. David Harris is still around, touring with John Mayer (no comment). What happened to everybody else? I used to see Billy up at the Patty Hut, and I think one of the dudes worked at Fellini's for awhile. I'm calling it; reunion time. 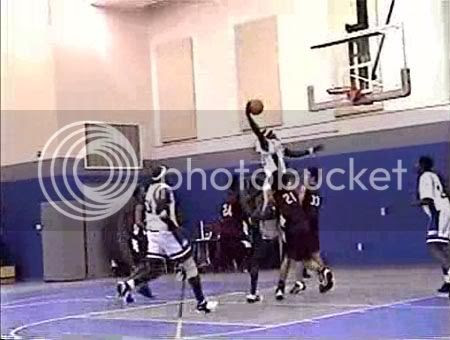 Tat on the rise.

So the 'Horns have secured a verbal commitment from this kid with the coolest name ever, Solomon Tat. Kid is built like a brick shithouse and has never lifted a weight in his life. How's that? He grew up building brick shithouses for his old man's brick company in Nigeria.

Watch him wreck these rims and listen to the camera-man holler. Woah-o-ahh-aaaahhhhh-aahh!
Rim Wreck
Steal and Hammer-down
Coast to Coast Through the Lane
With the new CBA, we don't have to worry about this kid going straight to the League like CJ Miles just did, but the Times says there might be a whole new set of non-college options available to him and OJ Mayo (2nd coolest name ever) and the rest of their highly-ranked kind.

The sun is shining. Weather is Sweet. Go outside NYC.

-FLA peeps watch out. Cuba and Haiti already got there's.

-Speaking of Florida. Diplo at a school dance is priceless. The big aureolas and GI Joe "More You Know" dancehall remix are just bonuses.

-The only place where New York is still New York; abandoned parks in NYC.

-This dude is so gay, gay-dudes makes fun of him for being gay. Gay.

-Remember that sour-looking chick with all the sweaters? She's got a music-video.

Something Wicked This Way Comes 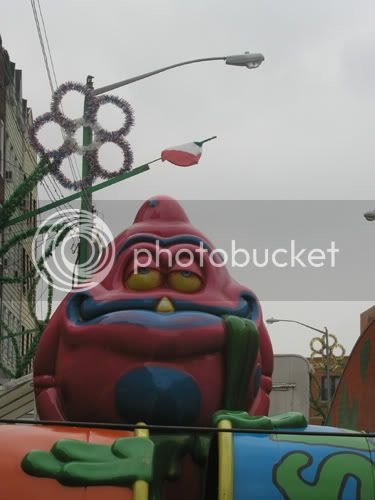 They came in the night. Trucks rumbling, breaks screaming, gates and plywood crashing. Carnies. Tribe after tribe of them. They've taken over my entire block. 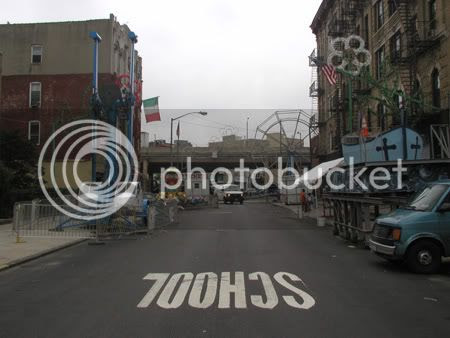 Their death-trap rides and rip-off amusements slumber idly in the street. 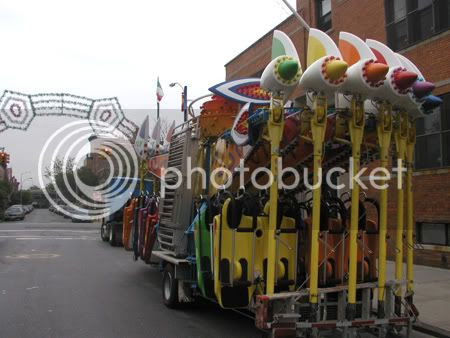 They are cultish, erecting strange idols to their Saints. 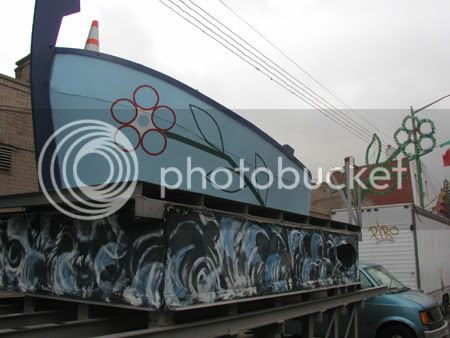 They built a fucking clam-bar mere feet from my front steps. 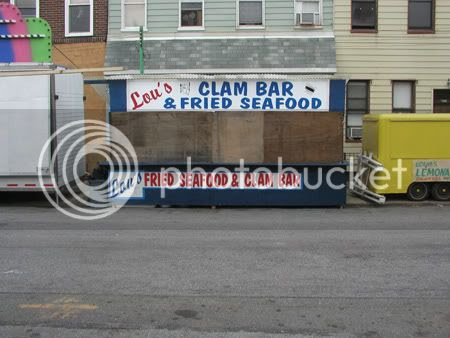 Tonight it begins and will continue for two weeks.

At some point great burly goombahs will sweat and grunt and carry this crazy tower up and down the street. 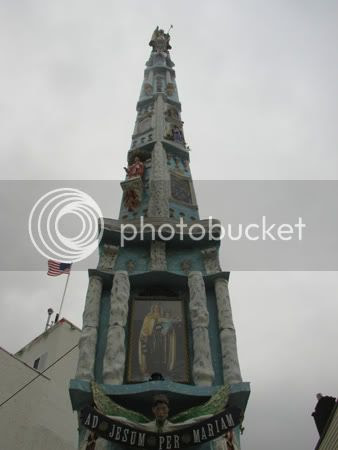 If, like me, you kinda slept-on this whole R Kelly "Trapped in the Closet" saga, don't stress. You can now watch the entire R&Bidiculous 5-part drama-drenched mini-movie. (MTV video ish doesn't work in Firefox, so dust off that IE.) Epic. 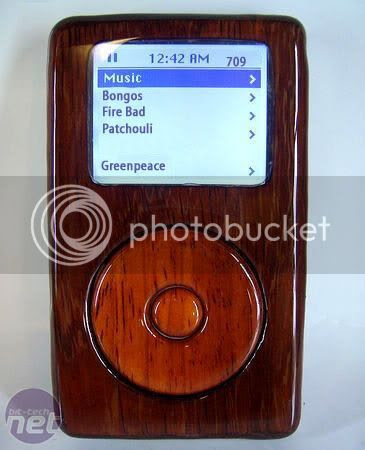 Need a hobby? Build your own Woodgrain iPod. (Credit mrMyke for the custom hippie menu.)

Intelligent discourse going down. Not here. Elsewhere. Two interesting debates going on right now about political consciousness (for lack of a better term) in music.

1. Emil has some issues with Nick Catchdubs' Saul Williams"Real Niggery" mixtape and its use of "commercial/gangsta" beats, when Saul has often been vocally critical of all that gunsdrugsthugsbottlesofbub stuff. Nick (and others) respond* here and here Who knows, maybe Saul will drop by the Hollerboard too?

2. Meanwhile, over at Wayne and Wax, W&W and one of his students are delving into all kinds of issues surrounding Damian "Jr. Gong" Marley's "Welcome to Jamrock" and the fact that not only are Damian and his Reggae royal brothers (even more so than other "brown boys") living very comfortably as a part of the elite they're criticizing, but the ghetto they celebrate, in what might be considered a "noble savage" sort of way, often isn't feeling them and their kind at all. Got it?

There is no debate, by the way, that Jamrock is the hottest track** of the summer.

*Saul Williams as T.I.P. fan makes me happy.
**Since every review of "Jamrock" makes cryptic mention of the Ini Kamoze track it samples, I figured I'd be a dude and link it up for you. Enjoy. 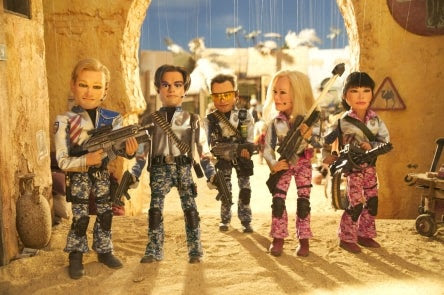 Happy Independence Day y'all. Party for your right to fight.

The Nine will soon ride again...

-O'Conner out, Rehnquist can't be far behind. With two new fascists on the court, things could get really nasty 'round hurr.

-Was there a Dipset imposter at S.O.B.'s? This reminds me of the time my homie in Scotland figured out that "DJ Assault" was playing two different spots at the same time.

-Still no answers for CJ Miles or Louis Williams, but it's starting to look like their desire to play in the League NOW, before they're ready, is gonna absolutely screw their futures. The D-League is a black hole. Go to school, dudes! College is fun. You won't have to study. You will get mad pussy. Don't screw this up!