E also is part of the FreeDarko movement, who have the best post ever up right now.

Now excuse me while I listen to some Geronimo Jackson.

I want to laugh at this guy with his arena-fied Neil Young and his "Swiss Army Bass," but he's actually pretty good. Still, one wonders, isn't it easier to just make friends to play the other instruments?

Pink Cookies In A Plastic Bag
Wait, wrong LL reference. It's no matter though, becuase TJ Ford's blazing entrance onto the (you gotta call it a) comeback trail is just about as sweet as the poetically described titular subject of the above-mentioned Cool J ditty.

I honestly thought the little Naismith Award winning dude would never play again, but there he is sonning AI and Jason Kidd on consecutive nights, averaging 1 rebound away from a triple-double, leading the Bucks out to a 3-0 start, and generally being the most exciting point-guard in the League.

Some awesome heavy-metal Bucks fan put together a highlight video, here it is (click 'free' then wait for the DL to appear). Marvel. 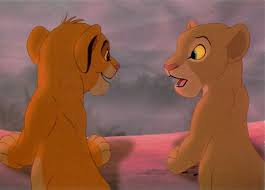 I gotta meet Pete, dude's pond is about the coolest place on Earth. AFRICA! (say it in a James Earl Jones voice. Awesome.)

Since I'm so good at keeping up with two blogs, I figured I'd go ahead and start a third.

All those into numerology, Southern Rock pirates, mapanguari, Adebisi, and assorted castaway cheesecake, please do check out Flight815, a new blog from Chris Lemon-Red, Jon Caraminica, and little-old me.

Due to Babylon priorites, I've been gone for a minute, and probably won't be back too frequently in the near future, so I thought I'd reward my faithful clckers with the hottest shit I've heard in a long time. This...

The only thing that makes me happier than this mix are the rumors that Shadow's next production project is a certain big scary/spiritual dude from Misssisippi.

...and a Richard Pryor Boxed Set

A Handful of Change and a Degree of Determination

On a grind all day. Babylon is back. Getting some press shine too. Peep today's NY Sun (you gotta subscribe to read the whole thing, but if you're local you can buy the rag for only a quarter!

Folks are coming together and doing their part to raise money for relief. People on Soulstrut are auctioning some amazing records, with all profits going to hurricane victims. They've raised over $7000 already. Emil is donating any and all money raised last night TONIGHT (Philly area people better represent!) at his DJ gig. Schools around the country are doing "shoebox drives." The Red Cross has raised almost $20 million. People are opening their homes. Celebrities are donating millions out of their pockets. Home Depot is matching in-store donations up to $1 million. Shit, even evil corporate behomoth Walmart donated $17 mil.

What about Big Oil? Exxon alone banked over a $7.6 billion profit in the last fiscal quarter. So how much did Exxon pledge so far? A whopping $2 million. Two. Million. That's the same amount as the combined gifts of Diddy and Jay Z, individuals, who--despite considerable success (and some posturing) as rap artists and executives--have never seen close to $7 billion between the two of them. Chevron donated a comparatively large $5 million, which (assuming their quarterly profits are also in the $7 billion dollar range) is about 1/15th of what these guys are profiting in a single day.

But they've got to repair their refineries and rigs which took extensive damage! You cry, fictional Big Oil apologist reader. It's all insured, and with the profits these companies are bringing in with the current oil and gas prices, they'll have plenty of loot (if perhaps not quite enough actual oil) to burn.

Step the fuck up Big Oil! Hell, America is fighting a war or two around the world in order to insure your continued profitability (thus depleting the precautions, manpower and resources we have here at home in order to alleviate this disaster,) the least you could do is give more than a (pretty sorry) token back.

Update: Exxon has generously offered to up their donation to $7 million, which my rudimentary math figures to be about 1/12th of the amount of profits they'll take in TODAY (and that's not taking into account that profits have undoubtedly gone up since the hurricane. Misers. The Tuna puts KatrinaFEMA on blast.
I got a real bad feeling in my stomach when I heard earlier today that the levee broke in New Orleans. I've got people down there. They were lucky enough to be able to evacuate, but it looks like their homes will be gone. To everybody there, and all along the Gulf Coast, our hearts are with you. Damn.

The casting is brilliant. Tracy Ullman is incredible, Selma Blair has the best fake fake-tits ever, Chris Isaac makes a great square, and even Johnny Knoxville is great as a beatific sex-addict. Mink Stole and the rest of Waters' regulars are top-notch as usual. Track this joint down or else we'll all know what a neuter you are.

B-More free with your sexualities y'all.

*If anybody has a clip of this, please share... oom-bow-bow-oom-ba-oom-bow-bow...

Theo knows what's up. (credit MilkmanDan for the gif)
Nothing to say here. 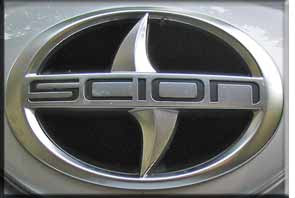 All valid resons. I'm gonna go ahead and hate them 'cause they censored Bavu Blakes.

Country Boys, but Players Too

Huge thanks to whoever had the ingenuity and focus to pair two of my favorite people in the world, Vince Young and Bubba Sparxxx, on this stupendous highlight video. (I ain't mad at Luba Luba either, though I would have preferred some T.I.P.)

Out In The 'Net, They Call It Murder

The neighborhood of West Campus, Austin, TX is about as college (big state university style) as you can get. White kids with well-worn baseball caps in shiney new SUVs with Jerry Jeff Walker and/or Sublime stickers. Hemp necklaced girls and guys cruising by on shiney new Gary Fisher or Rockhopper mountain bikes. Big columned frat-house mansions with manicured lawns. A few rat-trap apartment and co-op complexes for the hippies and hipsters and various hipster vegan type kids. Lots of large, new, pre-fab looking condo complexes. Grande Mart convenience store where two randy Pakistani brothers have been selling booze to under-age co-eds (and kegs to their boyfriends) for two decades now.

This neighborhood--wealthy, idyllic, ridiculous--was the scene of a gruesome murder on Monday. Colton Pitonyak, a 22 year-old douchebag ex-frat boy drug dealer shot a girl named Jennifer Cave to death in her condo. Then he drove over to the local over-priced chi-chi hardware store and bought industrial strength 55 gallon drum liners, rubber gloves, carpet cleaner, and a hacksaw.

He hacked her into pieces and then either lost the stomach for the clean-up or was interrupted, because he disappeared, and that's how her body was found, shot, stabbed and chopped up.

Authorities traced a call made on his cell-phone to somewhere in Mexico, and dude was on the run. In the midst of this manhunt someone tracked Colton the killer down on online college social network Facebook, where he had all kinds of creepy quotes and mob-movie appreciation things going on. Typical wannabe gangsta frat-boy drug-dealer steez, except we know dude had made his fantasies reality. Creepy.

He also belonged to a number of French-speaking clubs, fueling speculation that he might be fluent in Spanish (and thus much harder to catch South of the Border) as well, or at least on his way to Martinique.

Then somebody noticed that our violent fugitive frat-boy was logged-in to Facebook from somewhere in Mexico and had even updated in the time after the murder. Holy shit. So wrong. Not just creepy; super-nerd creepy. Internet beef has calories too!

Mexican authorities caught the manpris-wearing guy yesterday and sent him back to Texas.

Further complicating matters is the fact that he was with an ex-girlfriend, Laura Hall, who wasn't charged with anything. Was she kidnapped? Coerced? Unaware? Maybe, but her Facebook profile is pretty creepy in it's own right. Under "Additional Info:" she wrote, "I should really be more of a horrific person. Its in the works." Woah. Sounds like they were on some '05 Bonnie and Clyde ish to me. Hell, maybe she killed the girl and dude was only trying to help her cover it up.

Update: She has now updated her Facebook profile to say, "Colton's innocent. He's the most generous, kindest person that I have even been blessed to spend time with."

UPDATE!!!: Some guy named "pimpology" over on Hornfans is in the midst of an IM conversation with Laura Hall. This is so super-secret-internet-google-cheat-codes, that I'm beside myself. I can't wait to live-chat with dude live from Death Row dude while he's waiting for the needle.

Update (8/27): Hall has been arrested for helping Pitonyak escape.

(9/29): Here's the arrest warrant for Laura Hall. "That's just how I roll," the poor confused little murderess stated when asked how she could help Pitonyak. Sounds like she's been hanging out at a few too many "Kill Whitey" parties.

A TV movie, no doubt, will let us know soon enough.

Excuse me while I go throw up.


Back in the Game 'Scrips: